"I was already facing a pretty exciting fall!"

Tradition and ethics on Czech sandstone

Climbing on the Czech sandstone is special. 100+ years of tradition, no metal gear besides sparsely placed rings or bolts, only knots and slings as extra protection, only ground-up first ascents. Climbing is bold, runout, very technical and mostly sandbagged. Even though I live around 3hrs away from multiple sandstone crags, I would usually only climb once or twice a year in this paradise. But I owe a lot to this place. Being exposed to these runouts, trusting my feet on those infamous smears and feeling of an adventure - all of this helped me immensely on multi-pitch climbing or big walls in Yosemite.

Opening new routes on Czech sandstone is something pretty rare to me. You have to climb as high as you can, then you have to stop, sometimes using a hook, sometimes just hammering a tiny hole that you use for hanging and then placing a bolt or ring. No cleaning from rappel, no inspection. Just pure adventuring out into nowhere. A pure form of onsight - where you know absolutely nothing - not even whether it is possible or not. An ultimate challenge in my point of view. 10 years ago, I participated in opening a route To tu ještě nebylo (This has never been here before), XIIb in sandstone grading scale (9a in french grading scale). I only placed one bolt, the one that Ondra Beneš was not able to place and then just climbed to the summit.

One more bolt? I don’t think so

This year, I contacted a local climber and friend nicknamed Tomajda, who basically climbs more first ascents than repeats the existing lines. He is a total machine! He told me about an old project that he envisioned on a prominent tower called Vychodni roh (East Corner) in Labske udoli (Elbe Valley). Amazing, pure 50m line with hard headwall. The last section was an obstacle that stopped Tomajda from finishing it. We wanted to finish it together. The first section is nice IXb (around 7a+ french grading scale, but it would probably feel quite sandbagged if you are not used to the sandstone). Then there is the anchor we would both be hanging down from while trying the upper headwall. Incredible exposure and viewpoint of the whole valley. There is one more bolt, and then nothing. Well, the question was whether there was something (to make it climbable or not). Tomajda was considering that it would be possible to place one more bolt, but we both agreed that it would be cheating the game. The top was safe to be climbed without an extra bolt. There are rough rules on how close the bolts can be, which was definitely too much.

I would venture up. I could make some hard moves around the last bolt and continue. I see a perfect slopey gaston, and I go for the next sloper, already imagining myself on the summit, but I break the edge of the gaston! Then, I tried whatever I could think of, but nothing worked. Going right, going left, trying to dyno all the way to the slopey rail (I had no idea how bad it was!). Placing one more bolt would be so easy. It was tempting, especially as I had the whole film crew and going home empty-handed would mean failure not only from the climbing point of view but from the filming point of view as well.

A glimmer of hope

After 1,5h of constant falls, Tomajda lowered back to the anchor, and it was his turn. After a few tries, he envisioned a possible dynamic reach/lock off far right, where there were two spikes. He could not touch it, but he was close. With approaching darkness, it was my turn again. I kind of already gave up for the day, thinking that I had come back with fresh skin, power and the best conditions to make the improbable dyno straight up into the rail. But then I tried Tomajda’s method. I could barely touch the first spike, and it felt bad. Then I tried to dyno onto the second spike, and it felt even worse. My last chance was some kind of a bump right in between the spikes, where it looked very bad. I tried it anyway. On my next try, I could feel that it was by far the best hold! Next try, I almost stuck it. Whoaaa!! This thing will go! We laughed hard with Tomajda after landing basically on his back. The dark was almost here, and I knew it is now or... Next time!

I mustered all my courage; I desperately threw myself towards to slopey shit far right... And I stuck it! But it was from over. Now I was in the middle of the slab, with very little light and 3m from the summit. I delicately grabbed a tiny pinch and mono, hesitating for a while about where to go next, unable to see anything above. I was already facing a pretty exciting fall. In the end, I committed to a big reach, and it was worth it. A moment later, I was on the summit and grinning back down to Tomajda...

A beautiful end of the day

A few minutes later, we were both on the summit and writing our names into the summit book. With a new first ascent.

Note: The route is finished according to the local ethics, i.e. it is not a project anymore because we opened it ground up to the summit. The grade is XIa or XIb in the local grading scale, just to get to the top. Redpoint grade will be somewhere around XIIa, which could translate into 8c+. For redpoint, I need to come back…

Check out the super fun climbing shoes by La Sportiva in which I made this awesome ascent and try them out also! 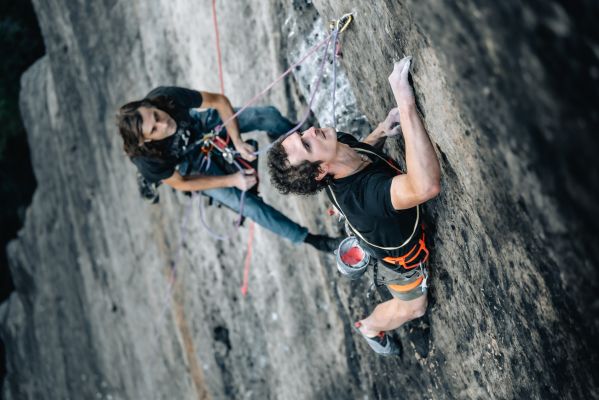 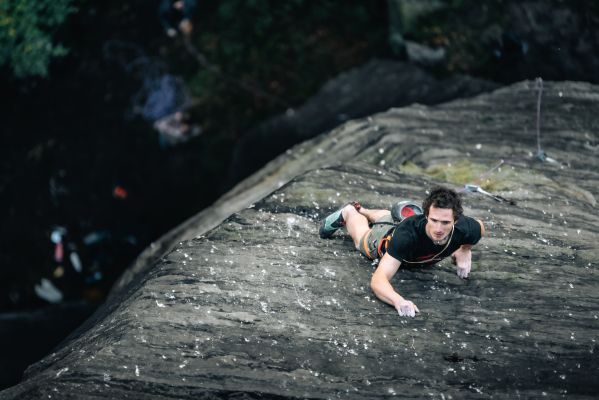 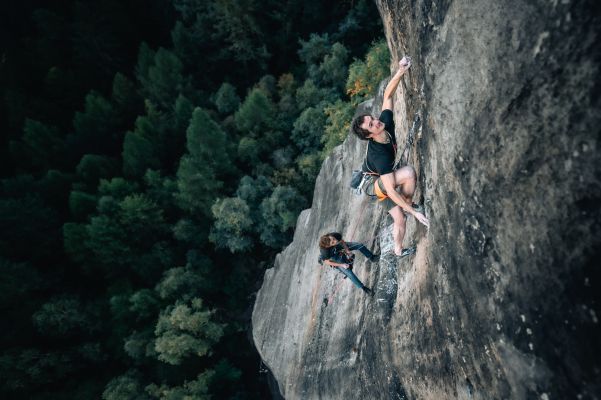 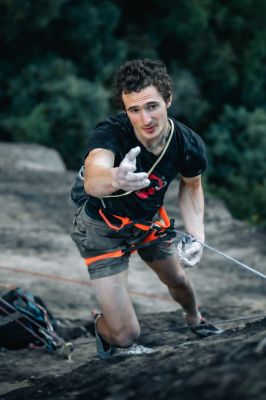 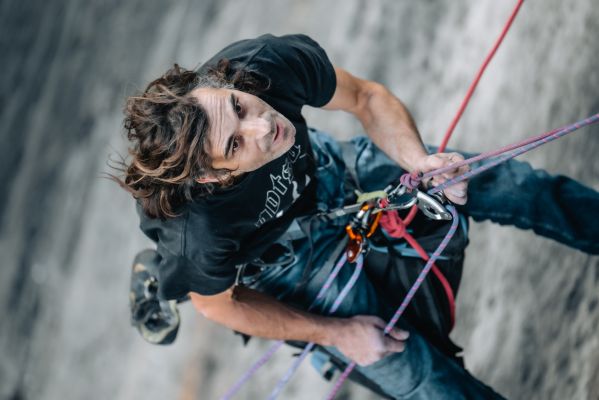 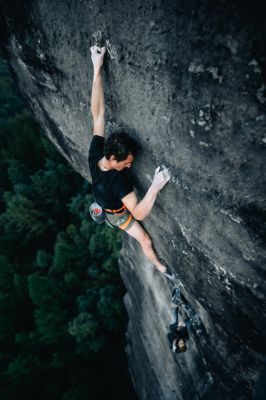 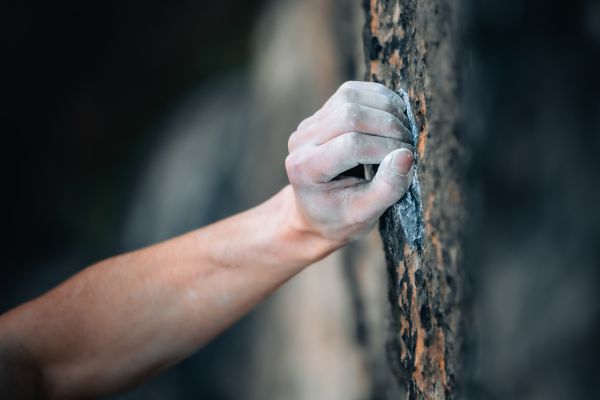 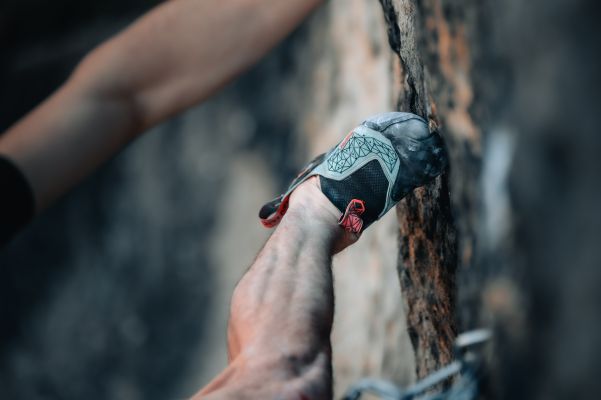 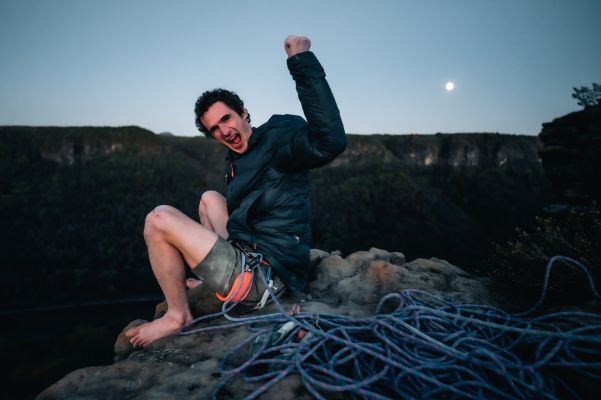 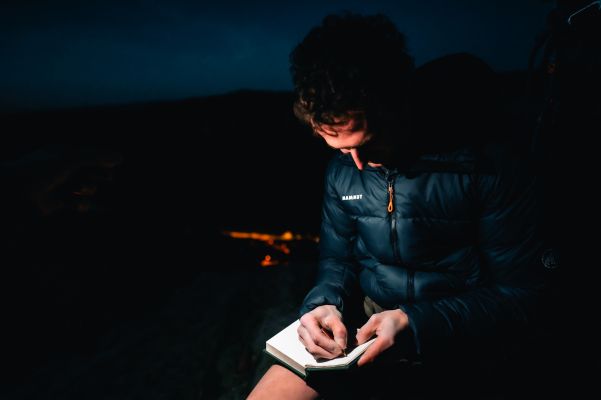 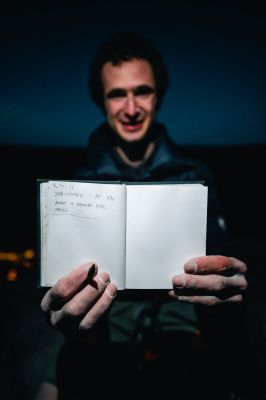 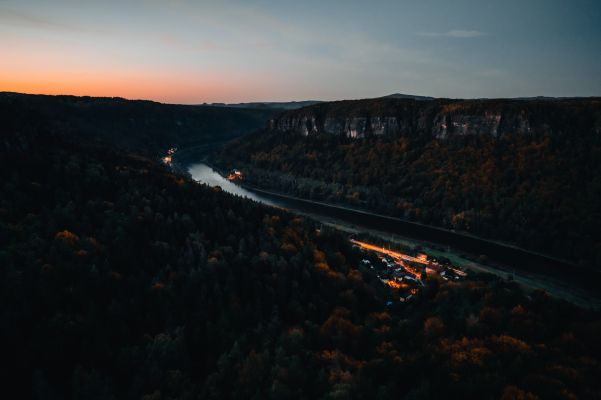 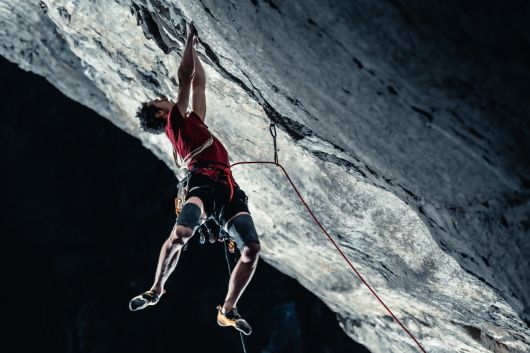 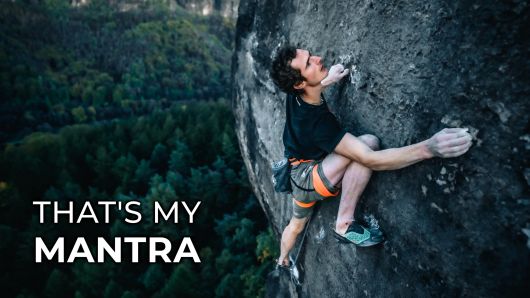 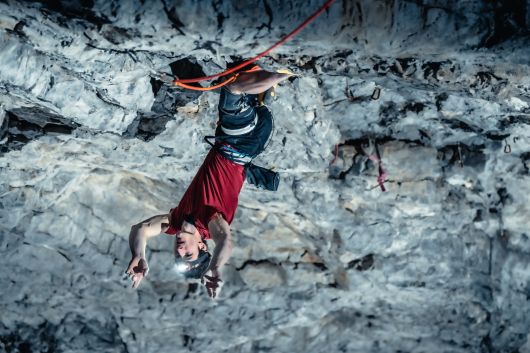