Moravsky kras (Moravian Karst in English) is a region northeast of my hometown where I started climbing. It is composed of a few different crags, spread out in a few valleys and little hills in a forested area. Here, I started putting up new routes. It the beginning out of necessity. I just simply ran out of routes to try. The hardest route at that time was Carodejuv ucen (Wizard's Apprentice) 8b+ (upgraded to 8c). To climb harder routes, I had no other choice than finding new lines. I quickly realized how much I love the process of finding new holds, cleaning the routes, drilling, and hammering the bolts in. It is an adventure.

Unfortunately, the potential of Moravsky kras is almost exploited. In major crags, it is really difficult to find a few square meters of rock that would not be climbed already. There are a few amazing cliffs with a serious potential, unfortunately they are forbidden to climb due to nature protection. Nevertheless, there is this cliff called Byci Skala (Bull's Rock) that is allowed for climbing and has a pretty vast space for opening new routes. I actually do not know why I have been neglecting it for so many years. Sure, the fact that it is forbidden to climb for the first six months of the year due to bird nesting is discouraging, as the climbing season is very short. The rock quality is definitely not amazing, but with a bit of cleaning it is not that bad. This year, I have spent a few months mostly at home, being really exhausted from the Olympics, not really feeling like training super hard, but definitely burning to climb and most importantly to climb on the rock and put up new routes. Byci skala became a great playground for me. There are interesting lessons that I learned.

It actually is just a few meters of new climbing, but I have always wondered whether that piece of rock would be climbable. There is a classic 7a+ route that I would often do for warm up. Already when I was 10 years old, I was swinging around while being lowered and trying to find some holds to make that climbable. And it was pretty funny that for all those years I was just ignoring one pinch that made the whole line doable.

This is a route that was aid climbed in the early 60’s. It is a bolt ladder through a blank-looking face on the left hand side of the wall. Many years ago, I was told it was probably impossible for free climbing and never went to check it out. On the top of that, I had always thought it would be pretty loose in terms of rock quality. I should have gone up to check it out many years earlier! The route is amazing, features cool dyno at the beginning and perfectly vertical climbing on tiny holds on bullet-proof rock!

It is a project that was bolted around 2010 by a person whose level was far away from this route. Instead of leaving the line for someone else, he chipped/glued a few holds to make the line easier (but still too hard for him), and invited other climbers to try. I have always felt a little disgusted by chipping holds in our area as late as 2010. There are some artificial holds in my home area, but they are all from the 90's and it is a question of history. This year I finally went to check it out. I tried the moves and I really like the climbing flow and the line (despite the artificial holds). I wanted to send it on my next try and I broke a hold - a natural one. Next try I broke another hold - this time an artificial one. Next day I broke another hold and that made me consider whether the line is doable with natural holds. I found out that the original line is very hard and almost impossible, but I am happy to leave it for the future generation. Instead, it is possible to go right in the upper section and climb a natural route in its entirety. A Rodeo 9a was born.

One of the most improbable lines of the crag. Climbing cannot get more 3D than this. The crux is inverted-roof down climbing, where the holds are nothing but flat pinches and slopey crimps, but kneepads make it climbable!

There are at least 5 other lines that I was looking at for many years, and always thinking what a pity it is that there were no holds. Well, I just had to go up with a new pair of eyes, experience of making new routes and creative beta. They all go and they will be hard. Seems like now I need to restart training to have a chance on these beasts… 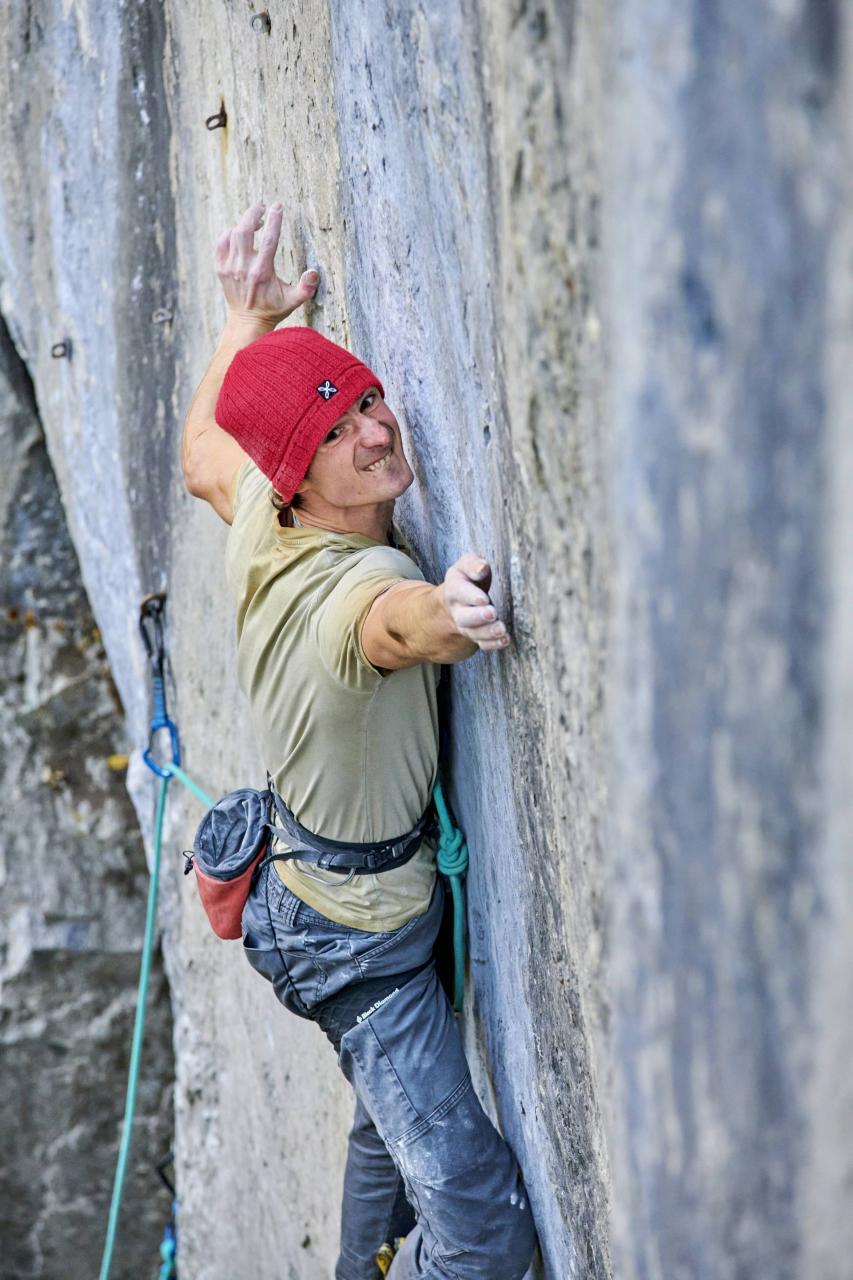 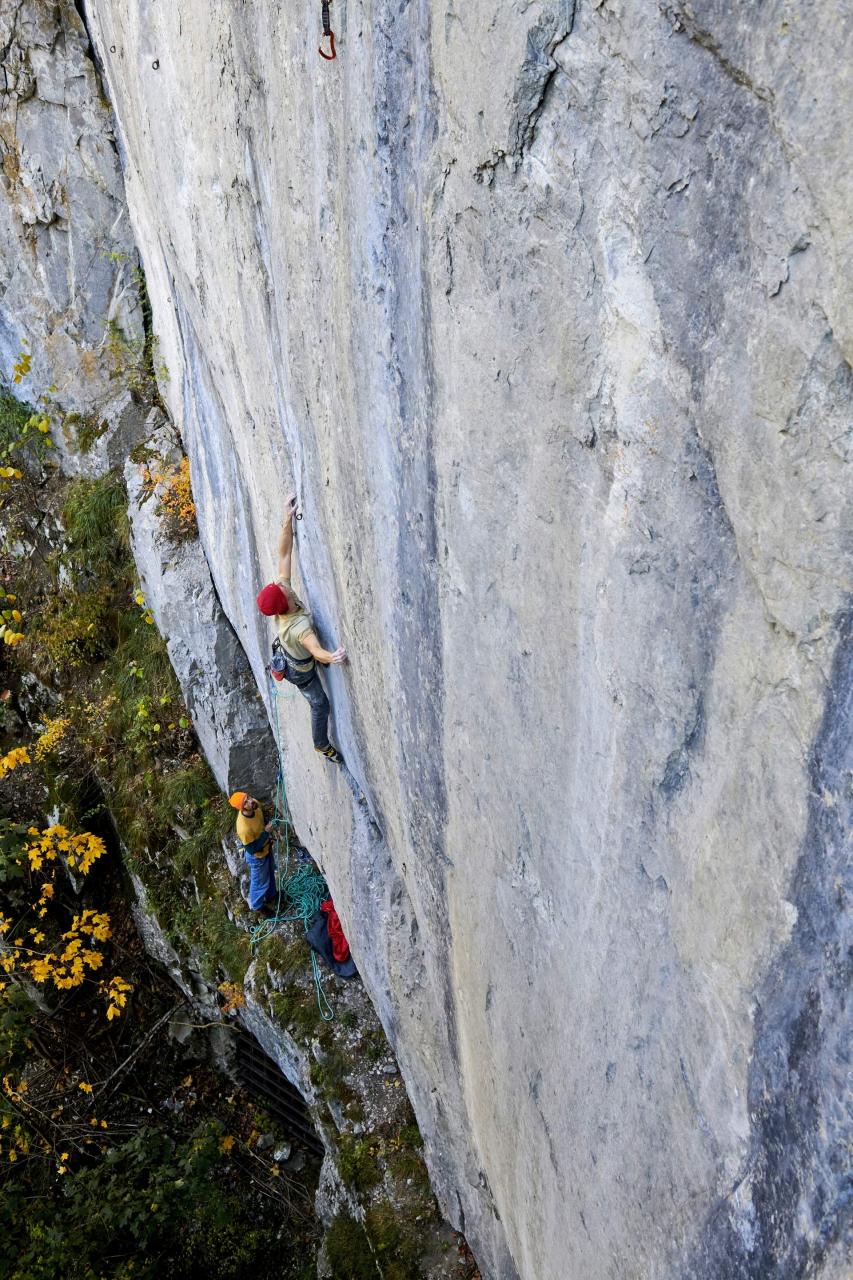 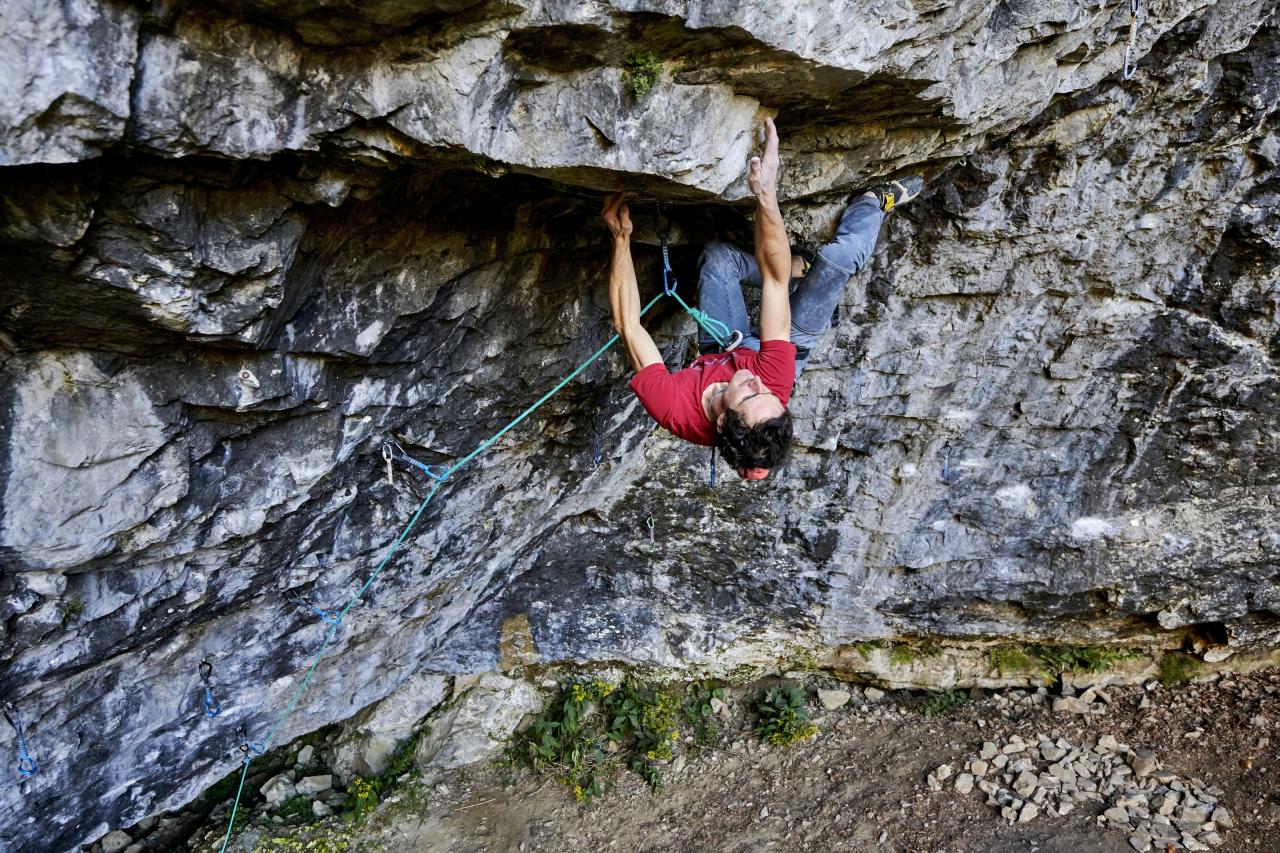 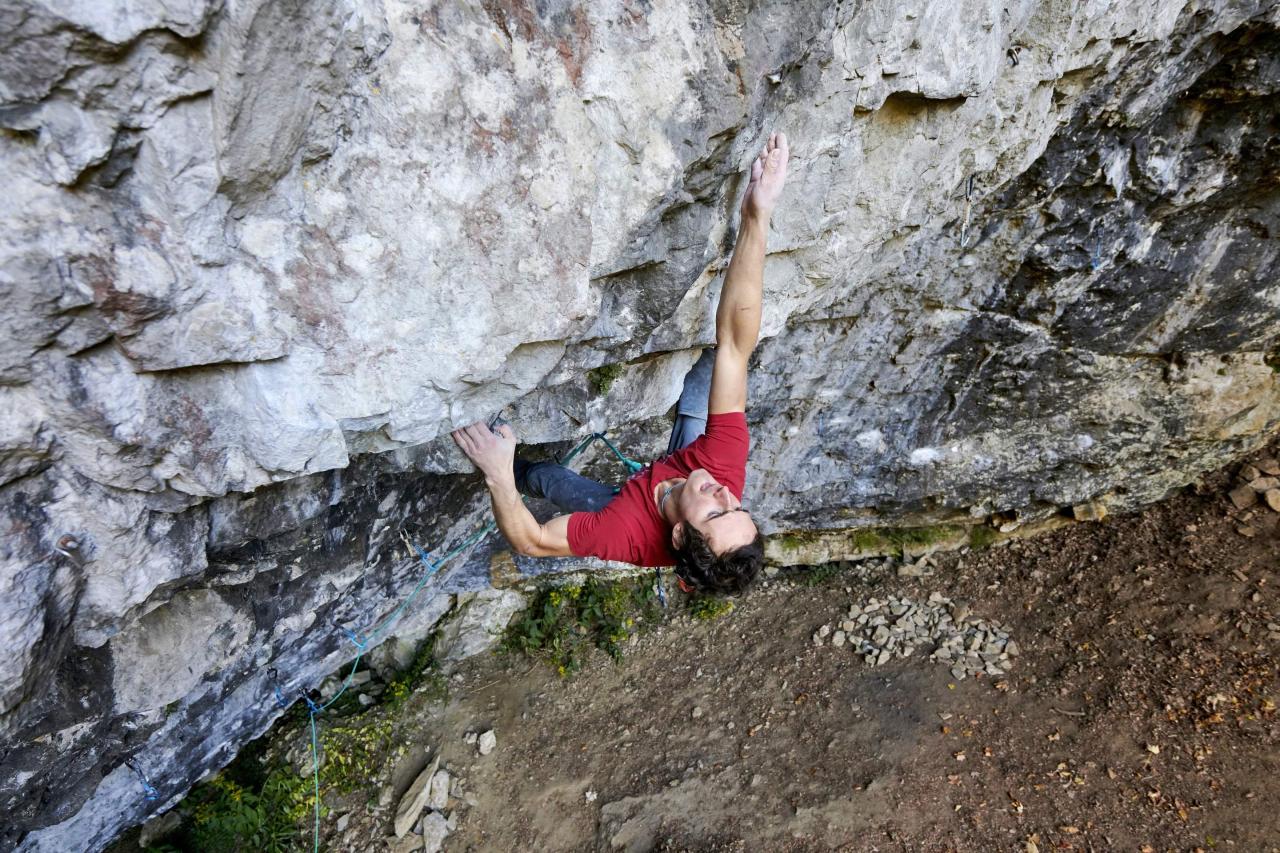 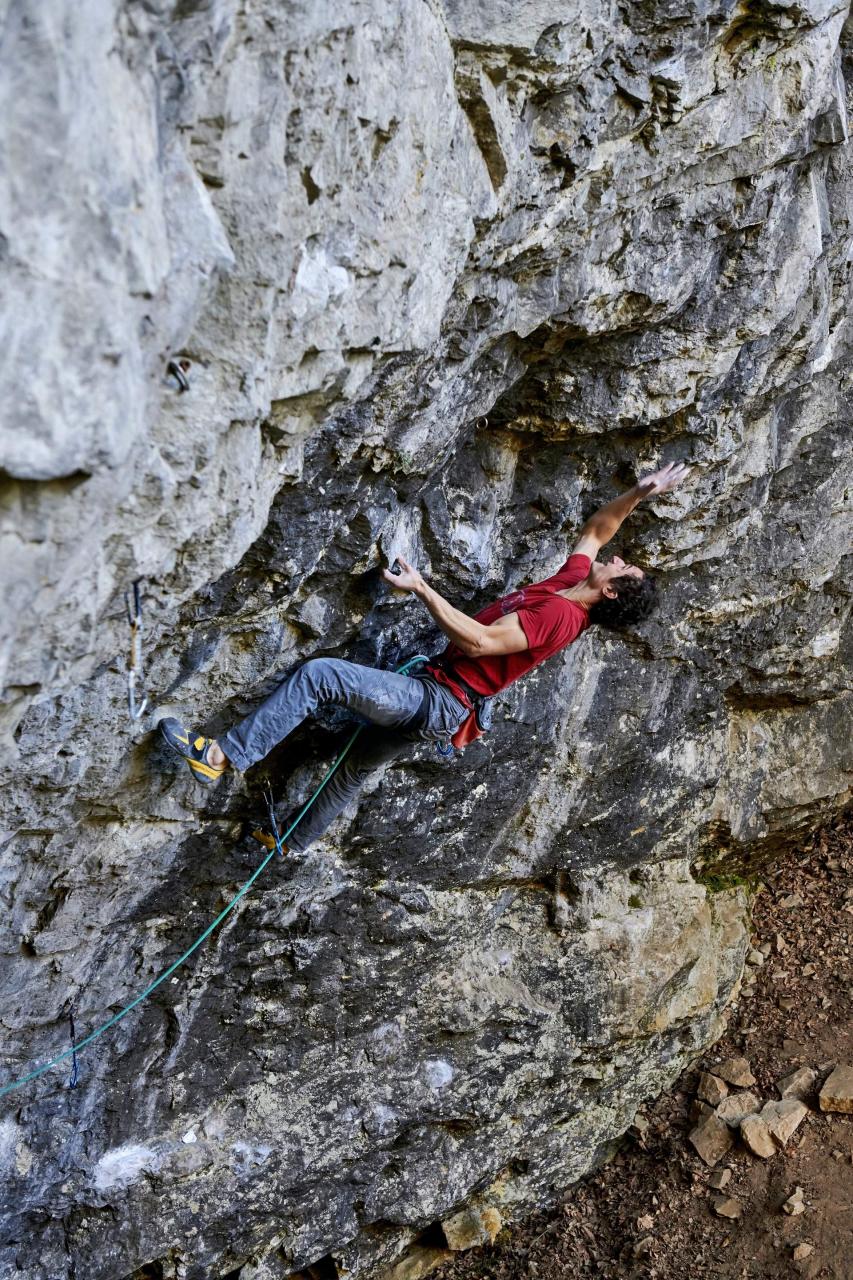 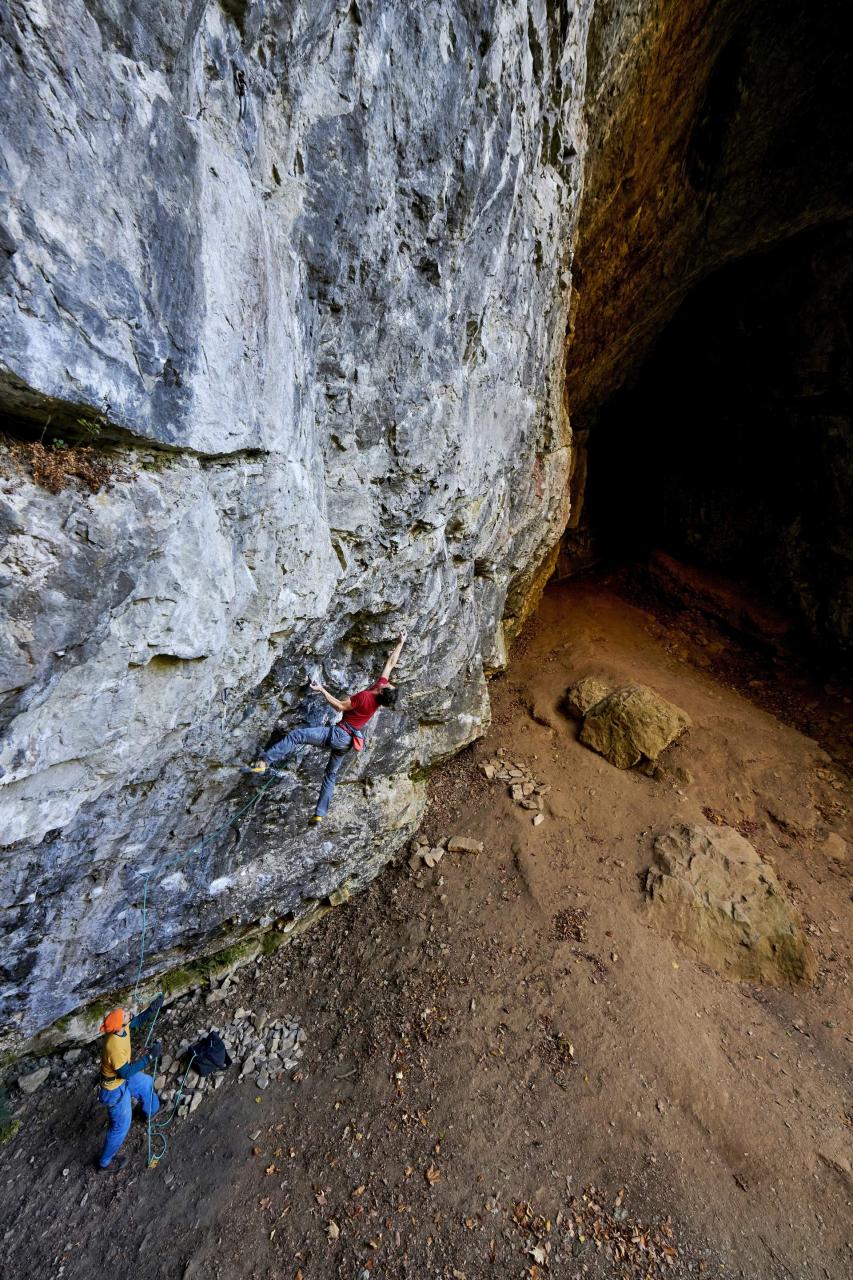 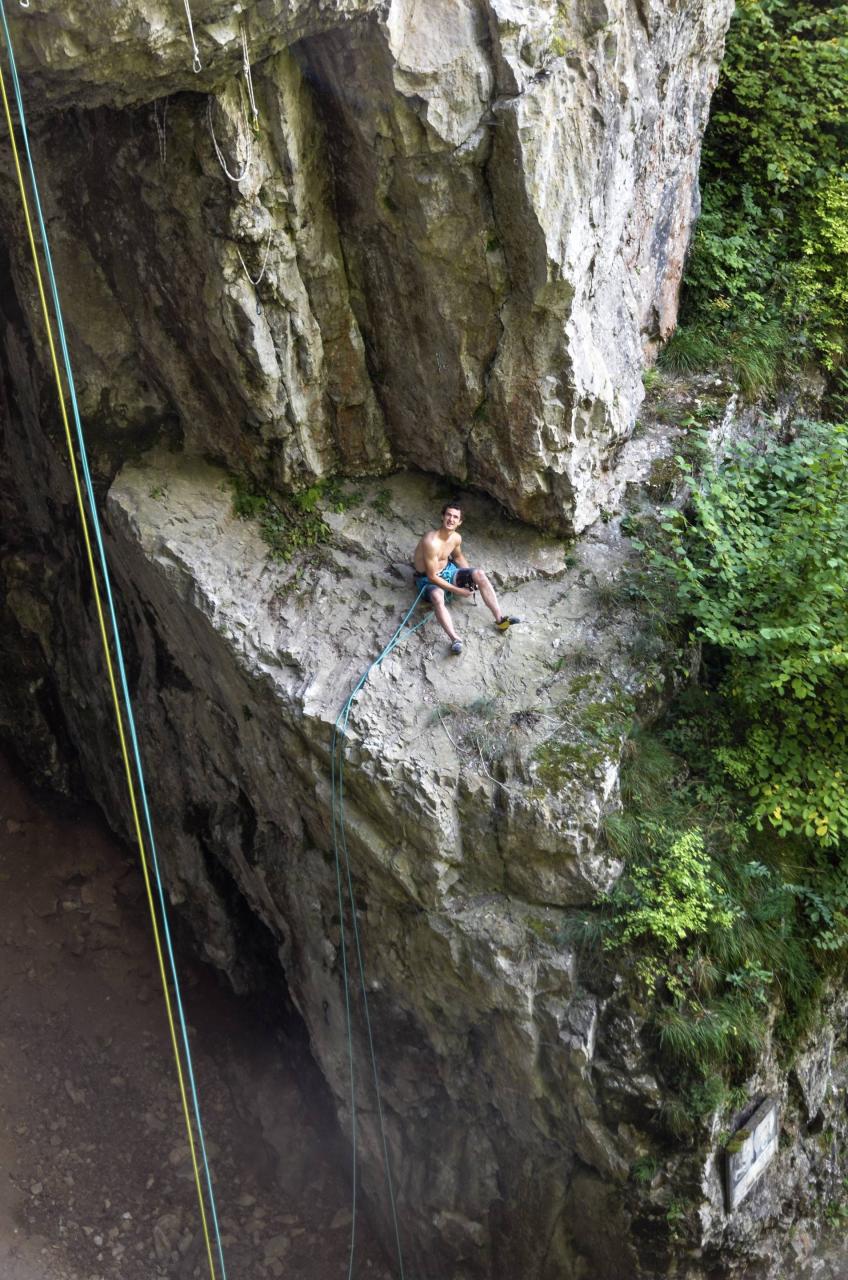 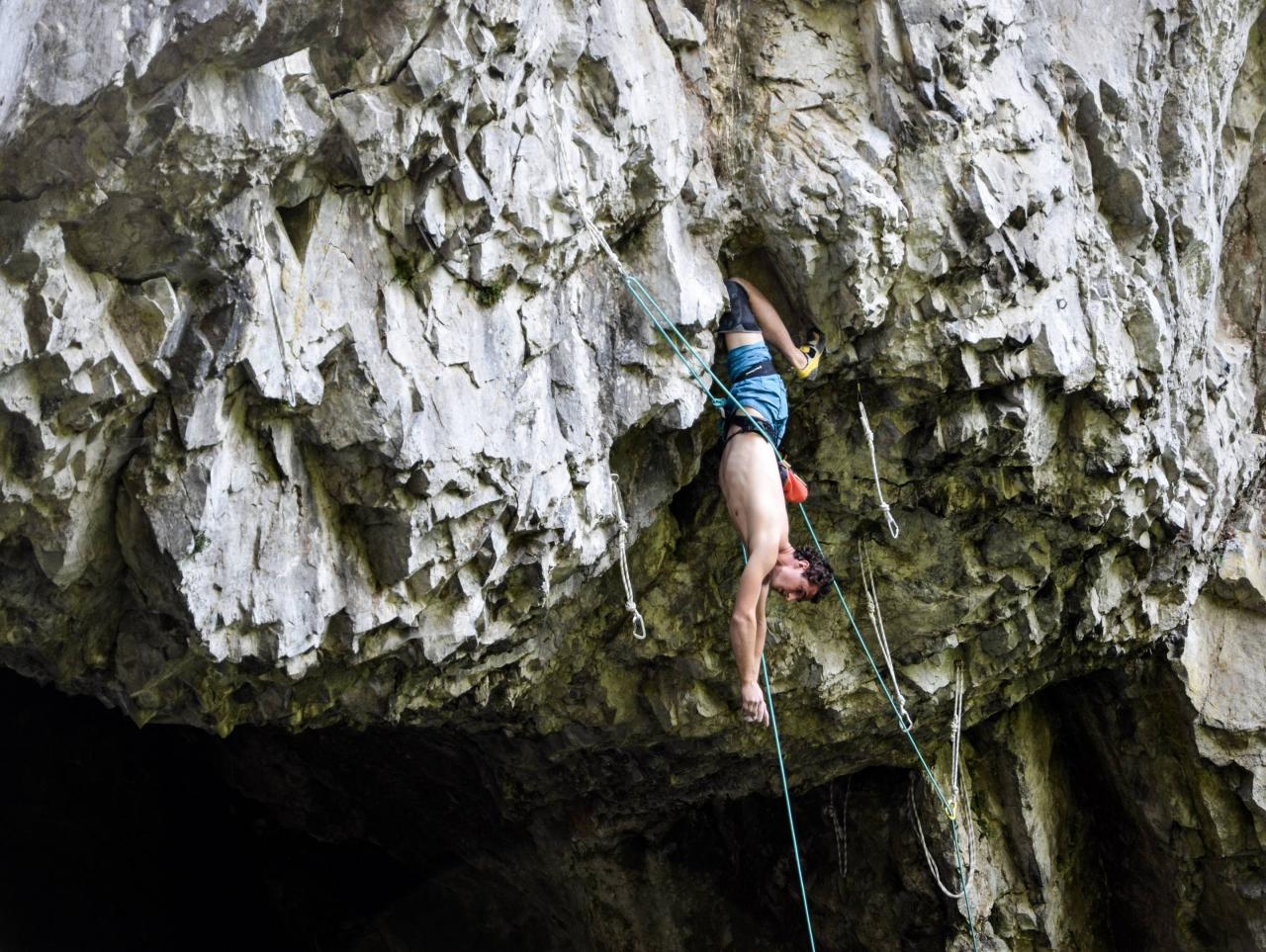 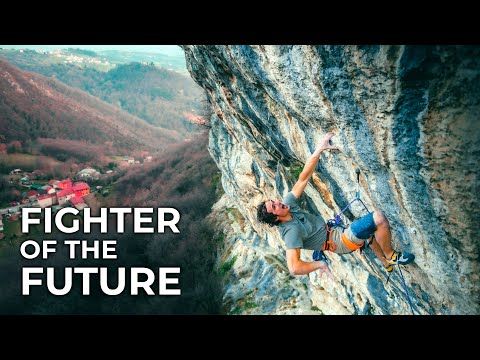 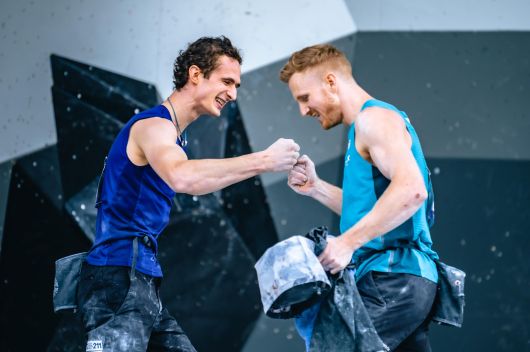