When I started properly climbing when I was 6 years old, the only two kinds of climbing gyms I knew were: lead climbing with nothing but grey holds (which means only one line on each line of bolts) or small bouldering walls full of holds (that were, again, mostly grey). As the lead wall closed in my hometown (basketball was more important in that hall) when I was 7, for another 3 years, I was only training on "spraywall" (in modern terminology, probably nobody used such a word back then).

Until today, spraywall makes up for a majority of my climbing training. It is a wall full of holds that can be literally any size. Even a very small wall with very few holds can be a very good spraywall. I guess that in my whole life, 80% of my training in total accounts for spraywall. I expect training to be efficient, fun, and hard, and that is exactly what I get on spraywall.

What could be a good spraywall?

First, let's take a look at what could be a good spraywall. I don't think it is a tool for absolute beginners because a proper spraywall doesn't make sense on a wall less steep than 20 degrees. Once you fill up a vertical with way too many holds, it becomes impossible to climb on as all the holds block the movement too much. It might only work out if you filled up a wall with only VERY tiny holds. But then it would only be for experienced climbers. So 20 degrees spraywall could already be good, but the use of bigger holds is still pretty limited. The more overhanging, the less, the bigger holds are blocking the way. The most versatile inclination is between 30 and 35 degrees, with the maximum inclination that makes sense being 45 degrees. For sure, it might be interesting to climb on a 50 or even 60 degrees overhang, but from my point of view, it only makes sense if you have a wall that can change the degrees. Having a fixed 60-degree wall is very limiting as the style is very specific and very rare to find both indoors and outdoors. 35 degrees overhang is much more versatile, you can grab small holds, and the boulders can be very varied. To be honest, having a limited budget, I would not recommend investing in a wall that can change degrees. I would rather invest in the holds. That will increase the quality of your training.

The width of the wall can be anything, but 2 meters can already be a good start. The problem is the height. 2 meters of height will not do a very good job even if it is very wide. Unfortunately, you will end up doing nothing but traverses, which is, again, a very specific style. 3 meters is already an OK height. The ideal is 4 meters. I don't like having a spraywall higher than that. Jumping and falling from 4.5 meters is not healthy and doing it repeatedly is not recommended.

Shape of the spray wall? As simple as possible!

The same angle from the bottom to the top. If you have a limited width, don't try to have two steepnesses - that will inevitably end up in some kind of dihedral or corner in the middle. And wasting space. I recommend having a short vertical part for your feet for a start - but with a slippery surface. This will allow boulder problems that won't enable you to use this wall - it will be impossible to smear on it. If you want to have a foothold, pick a foothold on this slippery wall. The rest of the wall is best left as plain wood. A little bit of friction, but not too much (much less on commercial gyms) - saves your climbing shoes, skin, and nails.

Order of the setting

Big plywood volumes are the first ones to set. Take flat ones. I recommend Plywood 35 and Plywood 31 from Euroholds. Volumes that stick out from the wall are the biggest enemies of a spraywall. Place them mostly in the middle. Volumes are there to make climbing more interesting and more 3D. You do not need it on the very top. At the very start, they might block you in the movement. Big plywood volumes are really important. I strongly recommend having some.

The next ones are Big Macros, or big PU holds/slopers. They are the signs of modern climbing. They are fun. They allow you to climb less on crimps and be a more universal climber. But they also take up a lot of space, and they are more expensive. If you have a very tiny spraywall, you probably can't use them. Billows family are amazing holds, but beware that the biggest ones are pretty big and might not fit your spraywall. Have a look at "Sneezy", "Happy", or "Giga".

Then there is a special category of wooden holds. They are very nice to have on your spraywall because you want to train as much as possible without thrashing your skin on the fingertips. Wood is definitely the most skin-friendly material. Any wooden holds from Euroholds are strongly recommended!

Then I usually turn my attention to middle-sized holds and later, to smaller holds. In the middle-sized category, I obviously recommend bricks, mostly the easy version. For 30 degrees, even medium version can work well if you are strong.

Turn special attention to filling up the volumes. Always focus on putting some slightly bigger holds on the top of the volume when they are empty. Later, fill the volumes with smaller holds. Don't use too sharp incut holds on the top of the volumes. Then they are even more incut and more painful. Use super incut holds as sidepulls and underclings. You can actually save a lot of money using many different slopey chips on top of the volume. It feels as very "3D" climbing. They feel similar to climbing on much bigger and much more expensive holds. I absolutely recommend Blackmoor S and one of my series coming up very soon (secret :-))

Some spray wall-building advice at the end

In the very end, fill up the wall with footholds. It is a great idea to buy similar footholds of the same color, so then you can climb a boulder problem where all the footholds of a certain size or color are allowed. Tips and Biscuits are my favorite Euroholds footholds.

1. Put a lot of horizontal holds, but don't forget sidepulls and underclings. The good ratio is 50% horizontal, 30 % sidepull, and 20% undercling.

2. The last two lines are mostly for holds to mark an end. Place less expensive holds, mostly horizontally. You will not really use an undercling on the very top.

3. Place the holds you are sure about that will be used! Having a super tiny hold that nobody will ever grab is wrong. It only takes a space off your wall.

4. Don’t only climb your own boulders. Climb with partner(s) who is on a similar or even slightly higher level. You will make problems that will most fit you. Climbing problems from other people will let you grow as a climber.

5. Climbing on a spraywall is very socializing. It is easy to start talking to other people by, “Could you please show me your boulder problem?”

6. Use Stokt app to socialize online. Climb boulders set by others, not only your own.

7. Be creative, set your own boulders and share them with others. 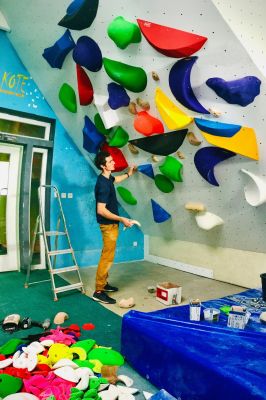 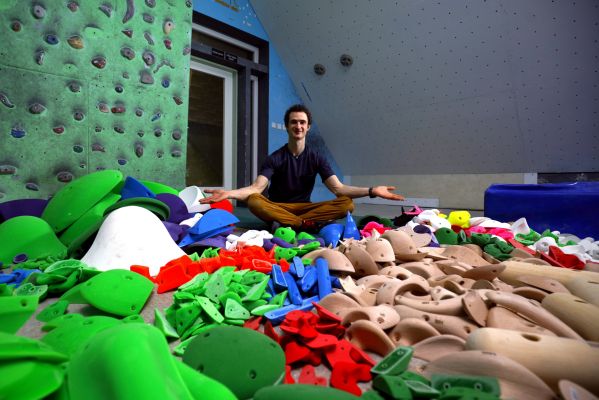 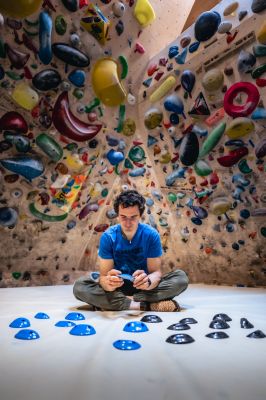 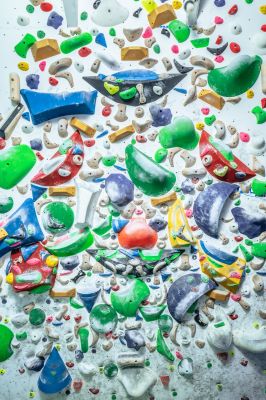 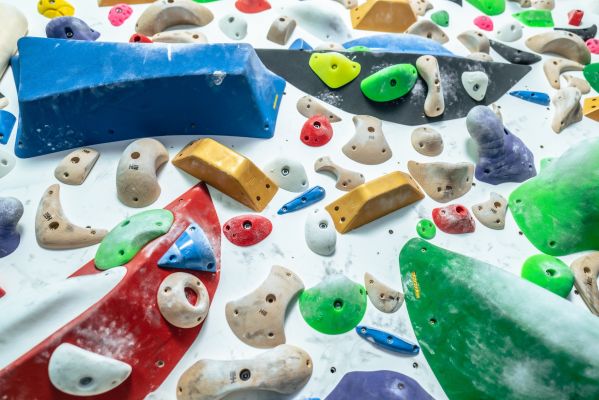 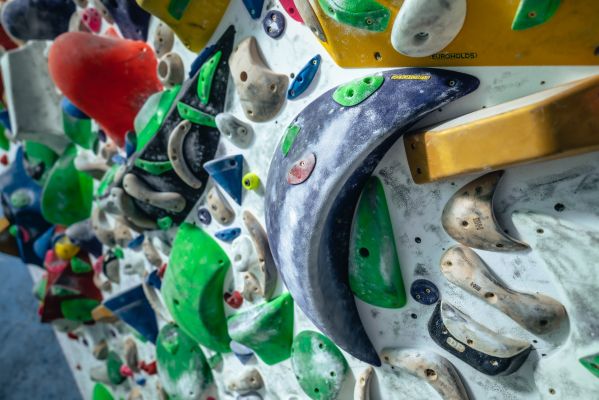 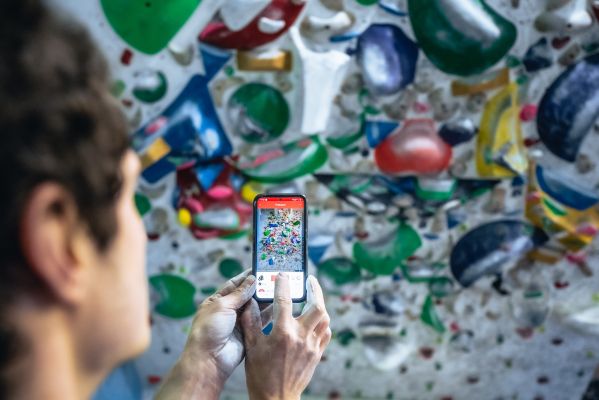 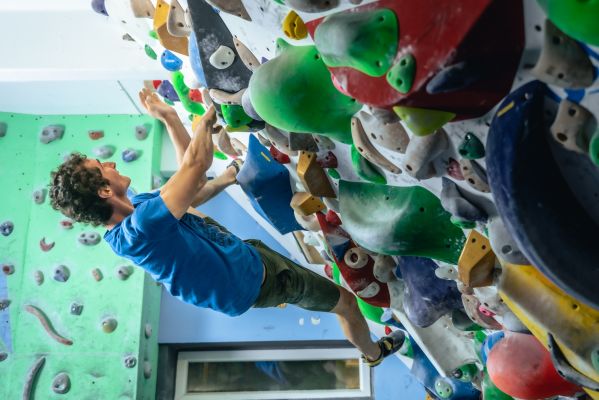 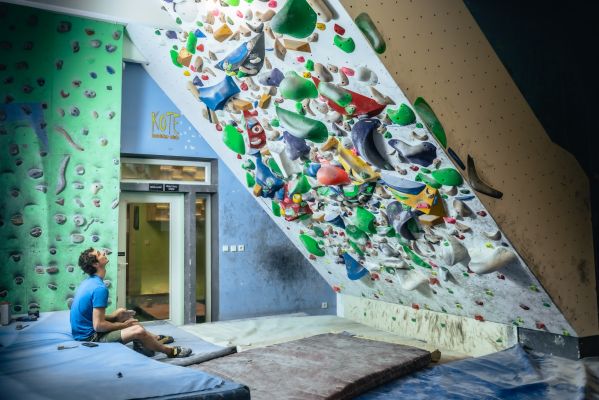 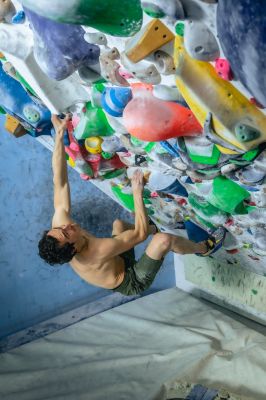 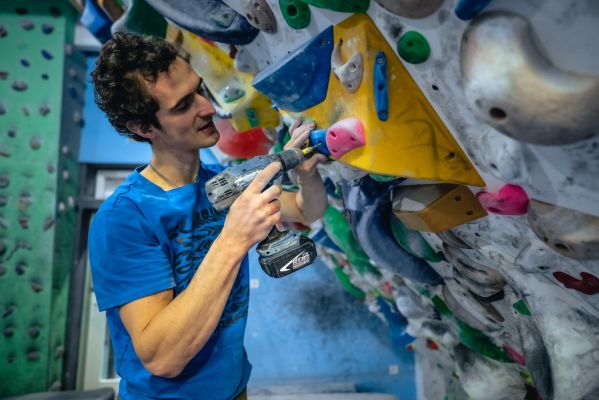 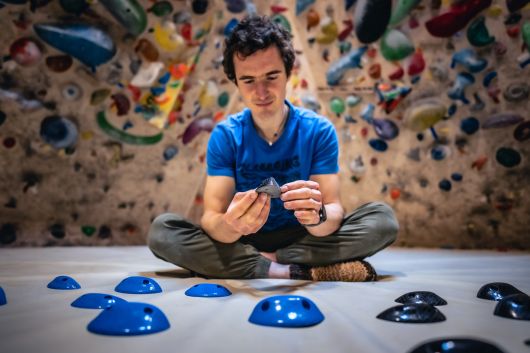 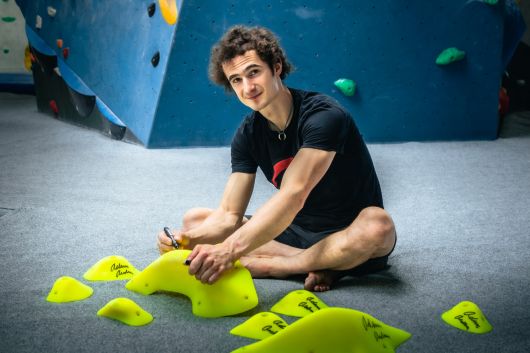 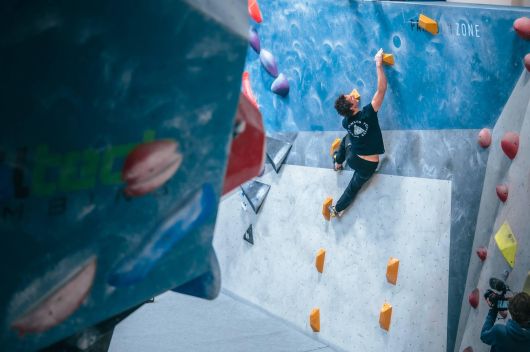 Enjoy a 15% Discount on Golden Bricks Only Until 30 June